What is the 5k Run or Dye All About? A Hindu Celebration

Run or Dye... I was intrigued. I love color and fun. Looked like both to me. From what I have seen on FaceBook and on the internet in general, I thought to myself, "Looks like a great time." If I could run, I might even register. Soon, I began to see more and more of Run or Dye promotions in cities around the US. Finally, earlier this morning, I saw this promotion on my FaceBook Newsfeed: 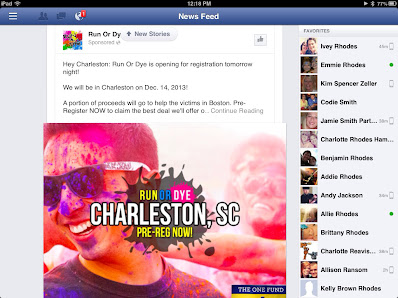 It's no secret that Run or Dye is the world's most colorful fun run. All around the country, Dye Runners are coming together to celebrate life, friendship, and fun in a spectacular fusion of fitness and color.

But did you know that Run or Dye has roots in ancient India?

For centuries, Hindus have held a springtime celebration called Holi. Its exact origins are unknown, but it's believed to have been around since at least 300 BC.

While I have no problem with celebrations which allow any religion to freely practice theirs, I just want to be clear, that this isn't just a fun day, it's a relgious holiday. It's celebrated by the followers of Vishnu to honor the son of their king of demons, Hiranyakashipu. Here is an explanation I discovered:

According to this belief, Hiranyakashipu's own son, Prahlada, was a devotee of Vishnu. In spite of several threats from Hiranyakashipu, Prahlada continued offering prayers to Vishnu. He was poisoned by Hiranyakashipu, but the poison turned to nectar in his mouth. He was ordered to be trampled by elephants yet remained unharmed. He was put in a room with hungry, venomous snakes and survived. All of Hiranyakashipu's attempts to kill his son failed. Finally, he ordered young Prahlada to sit on a pyre in the lap of Holika, Hiranyakashipu's demoness sister, who also could not die because she had a boon preventing her from being burned by fire. Prahlada readily accepted his father's orders, and prayed to Lord Vishnu to keep him safe. When the fire started, everyone watched in amazement as Holika burnt to death, while Prahlada survived unharmed. The salvation of Prahlada and burning of Holika is celebrated as Holi. (More here from the BBC).

So, before participating in any festival, no matter how fun it looks, I have once again been reminded of the importance of checking things out. As Christ followers, we should be vigilant in our understanding of what we choose to be involved in.

Interestingly enough, this is supposed to be a celebration for unity in a religion that not only practices but typically celebrates division and caste systems. During this one time a year festival, the lowest caste (the untouchables) can be in the presence of the highest caste (the Brahmans) without shame or fear of repercussions.

Huh? One time a year? That's a far cry from the words of Paul who wrote clearly that we are to have no divisions:

So there is no difference between Jews and Gentiles, between slaves and free people, between men and women; you are all one in union with Christ Jesus. (Galatians 3:28, Good News Bible)

Then, when the Corinthians were trying to separate into their little groups to worship the Lord as rich, poor, young, old, and other man-made distinctions, he upbraided them by writing these words:

that there be no divisions among you, and that you be united with the same understanding and the same conviction. For it has been reported to me about you, my brothers, by members of Chloe’s household, that there is rivalry among you. Is Christ divided? (1 Corinthians 1:10, 11, 13 HCSB)

So, as I think of what we as Christ followers are called to be, I am reminded once again of the words of Jesus who told us clearly to love one another as He has loved us (John 15:9). While Holi celebrates one day a year of love for everyone, Christ followers, in distinct contrast to a caste system which divides, live a life of love that changes everything about us as well as how we daily respond to those around us. I Corinthians 13 reminds us that no matter how religious we are or how busy we are or even how much we sacrifice, if we don't love, we are wasting our lives. God is love. Everything that happens to us has to be placed against the backdrop of God's love. What does that kind of love look like? The Cross!

So, next time you want to take part in something that makes you feel better about yourself, think about how much God loves you. It is because of His love that we can now love one another. That is reason to celebrate! 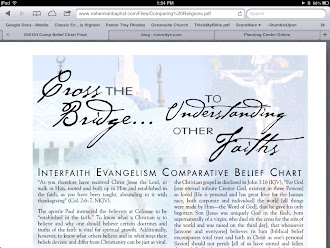 For a comparison chart of Christianity to Hinduism, feel free to look at and download this Interfaith Evangelism Comparitive Belief Chart PDF from NAMB. 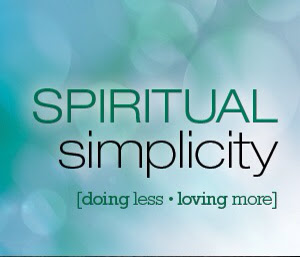 Church Online Podcast Ministry - You can listen to Oceanside's messages 24/7 on the podcast. Also, a great way to introduce your friends to Oceanside Church. Thanks to out incredible AV ministers, the message is uploaded by Sunday afternoon. Join the nearly 6000 people who have listened to Oceanside's Church Online.

The webcast features 25+ national leaders including Francis Chan, Rick Warren, Craig Groeschel, Randy Frazee, Dave Rhodes, and many, many more. Come when you can and experience this incredible opportunity together. It's the second best thing to actually being in Orlando.

Posted with Blogsy
Posted by P. Trey Rhodes at 12:28 PM