Tweet
Black Friday…I’m not buying it this year. You do realize, it’s all a conspiracy to make us think that we must buy earlier, buy more, and have everything. Here’s the bad part, the plan is working. Because of Black Friday, many of us don’t mind asking for the big box items anymore. After all they could get it at _______________(fill in the blank with whatever store's ad). 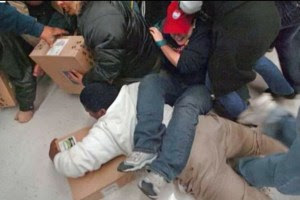 Here’s an idea…let’s turn the conspiracy on it’s head. I mean really turn it upside down. Let’s take the fervor of $450 billion being spent in our nation this Christmas and give a portion to the kingdom of God. Forget the extra sweater for Aunt Sally. Forget buying everything on the Christmas list. You might even forget that you wanted that big box item. Imagine what you could do with that $35 you were going to spend on Aunt Sally (that will only get placed at the back of the closet anyway) or that one extra $50 toy that will be at the bottom of the toy box this time next year. Let’s imagine…
Hey, here’s a thought, this Christmas why not give something to Jesus? I mean, it is His birthday, right? What if we could really give Him something this year? Something that would truly give Him joy?
As I have thought about what’s going on in our world and with our economy this last year, I have thought how incredible it would be to really make a difference instead of continuing to buy in to the conspiracy of commercialism that Christmas has become. I can tell you, I’m not going out on a limb to say that punching each other out to get the cheapest TV is not Christ-honoring. I would go so far to say it goes against everything we believe as Christians. Maybe Christmas is something more than this…
So, let’s start a conspiracy. Let’s make it a conspiracy to undermine the commercialism that our entire CHRISTmas celebration has become. Let’s call it “The Advent Conspiracy” and do something huge for the kingdom of God this year. Here’s what you can do this year: at Oceanside Church, we will be receiving a one time Christmas Offering on Christmas day. What an opportunity! Give Jesus a gift, for His Kingdom on Christmas Day! After all, isn’t Christmas all about giving? to Christ? Isn’t that what our excuse is for the plunge into avarice this time of the year? The wise men brought Jesus gold. frankincense, and myrrh. Let's read this once more:

And when they were come into the house, they saw the young child with Mary his mother, and fell down, and worshipped him: and when they had opened their treasures, they presented UNTO HIM (caps mine) gifts; gold, and frankincense, and myrrh. Matthew 2:11 (KJV)

The Importance of Being Earn... err... Appreciative

In the play, The Importance of Being Earnest, written by Oscar Wilde, Jack Worthing has been living a lie. He attempted to live a showy life of moral character, when He has become anything but that; his life was a facade. By the end of the play, we find out that for all of Jack's pretending, he was actually born into a family of wealth and importance. Jack's closing line now emphasizes his new-found appreciation for being born into the right family and no longer having to pretend. Only now, it seems, could He truly appreciate the "importance of being earnest."


In the same way, appreciation for our life's situation should be real and not a facade. There is nothing worse than finding out you received empty thanks for something you gave or did for someone. Pretending to be thankful can be worse than someone simply telling you upfront that they didn't like whatever it was you did for them or gave them. Once you find out what they really thought, you words were probably something like this, "You should have told me your feelings. We would have worked it out." Honesty is not the best policy; it is the only policy.


So what do we do if we get something we don't like? What if someone does something for us we never asked for? What is our response? This can tell a lot about who you are. The bottom line is we should appreciate the thought, the reason, the person, or the sacrifice that was made for us. Was it exactly what we wanted? Maybe not. Was it something that should have been done? Quite possibly not. But should be appreciative?  Absolutely!
I received this video clip from a friend of mine who knew our church was participating in Operation Christmas Child this year, as we have for many years. You can watch this young boy in Africa who gets a package from someone in the western world. This is done all over the world every year in order to demonstrate the love of our heavenly Father who sent His only Son as the most indescribable gift ever. Watch this, and you will see excessive and glorious appreciation for the gift he was given.
I watch that and tears well up in my eyes no matter how many times I see it. Oh, to be that appreciative to my God who has given me so much. Oh, to be that appreciative, even when I haven't even opened the gift (did you notice his exuberant joy BEFORE he even opened the box to see what was in it?) Oh, to be a part of a young child's life who will be that appreciative.

Are you truly thankful? Then give to someone else who will truly appreciate your gift. Maybe you'll have to cut back a little this Christmas, but it will be worth it to have a child experience that kind of joy as he or she is introduced to the love of our heavenly Father through your generosity. It's not too late. Bring your gift to Oceanside Church or another participating church this Sunday and give a gift that will give you a new found appreciation for what this season is about...God's indescribable gift, Jesus Christ.
Posted by P. Trey Rhodes at 10:23 AM 1 comments

Tweet
Great men should be remembered by the great things they accomplished over their storied career. But, more often than not, it doesn't turn out that way. 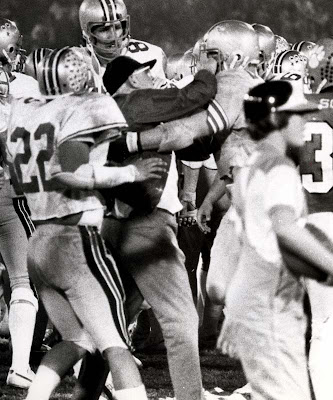 It was in the 1978 Gator Bowl which saw 2 great football programs take the field. It was the Clemson Tigers against the Ohio State Buckeyes. It was a game between Danny Ford, an up and coming coach of the future national champion Tigers, and the fierce old war horse and three time national champion coach of the Buckeyes, Woody Hayes. But, would Hayes be remembered for his championships? No, particularly to those of us watching the Gator Bowl that night, he would always be that crazy coach that punched Clemson's noseguard after an interception. We read in a Sports Illustrated story in the January 8, 1979 edition that:


Ultimately, Hayes' volatile temper ended his career. On December 29, 1978, Ohio State played in the Gator Bowl against Clemson. Late in the fourth quarter, the Buckeyes were down by two points. Freshman quarterback Art Schlichter drove the Buckeyes down the field into field goal range. On 3rd and 5 at the Clemson 24-yard line with 2:30 left and the clock running, Hayes called a pass rather than a run because Schlichter was having a great game up to that point. The pass was intercepted by Clemson nose guard Charlie Bauman, who returned it toward the OSU sideline where he was run out of bounds; after Bauman rose to his feet and looked in the direction of the OSU players, Hayes punched him in the throat, starting a bench-clearing brawl. Hayes then stormed onto the field and abused the referee.

Hayes was summarily fired after that embarrassing incident.

Here then is the question: even if we live our lives with great accomplishments and huge accolades and then blow it in the end, how much should that impact our legacy? I think we have seen over and over again in history that it impacts us greatly.

There are few football coaches with as much accomplishment to look back on as does Joe Paterno. Yet, with this molestation scandal, many are already calling for his resignation. I now wonder how Paterno's legacy will stand? Will it be all that he did on the football field for all these years, or will it be those alleged horrific moments of his assistant coach taking advantage of children behind closed doors? It is now being said that Paterno didn't do enough (for more commentary, read this article by Ken Meringolo).

Here is what matters, our lives must be lived out every moment of every day. We cannot let our guards down for a single moment. It does matter what we say, what we do, and how we respond, all the way to the end of our lives. That means we must be willing to stand up and do the right thing over and over over and over again, no matter the immediate cost. Our legacy matters.

Jesus has also called us to stand up for Him no matter the consequences. The world has been sickened by what they see as hypocrites in the church. When we live for Christ and tell others of His work in our lives, it impacts our legacy for all of eternity. There will come a time when you will be asked to give your "testimony" for the Lord Jesus Christ. Jesus assures us when that time comes, He will empower us to live and say what we should. In the words of Jesus Himself, He assures us:


"don’t worry about how you should defend yourselves or what you should say. For the Holy Spirit will teach you at that very hour what must be said." Luke 12:11-12 (HCSB)

The power of the almighty God will rest in us to do and say the right thing. Don't worry, He will do it!

Worried about your legacy? It can be one in the same with the legacy that Christ Himself left. May your legacy be your words and actions of Christ in you, the hope of glory! 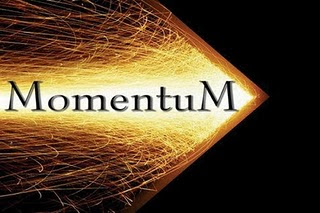 With ScareMare, we have seen God do great things in many people. Lives have been changed forever. I believe God wants that to be an every week occurrence, and it can be. How does that happen? Momentum. Listen to this:


"Momentum is that elusive sense of faith, vision  and excitement that causes church members to serve, give, sacrifice, and commit." M. Hatch, Mosaic Church-UK

That's you! We saw it happen with ScareMare, but that's just the beginning!
Oceansiders, keep your excitement and your inviting and your sacrifice level where it is, and there will be no end to seeing all that our Lord can do through you the rest of this year and on into the next. Don't let the devil steal your joy or excitement. Let's get involved and watch God make it happen!!

Be sure and check out our upcoming events here: