Quit Being Thankful for Stuff 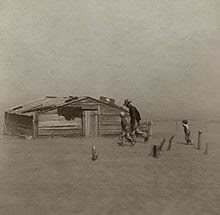 Having just finished the Thanksgiving weekend, I'm hoping having a thankful heart is still on your mind. We are often thankful for the things of life. We say things like, "Thank You Lord for all the many material blessings You have bestowed on us." Now, I would be the first to say that we need to be thankful for all those things. Whether it is dinner on the table or a roof over our head, we should pause and thank our Lord for giving us the material blessings we have.

With that said, i need to ask myself, would I be near as thankful if I had none of that? You see, those things can change in a moment. The dust bowl of the 1930's was a time in recent U.S. history when people, good, God-fearing people, suffered incredibly as the dust storms covered everything they owned, had worked for, and lived off of. This wasn't an anomaly of a few months. The dust bowl went on for years. People were without the basics of life for years. Yet, as I listened to their stories on the documentary I was watching, over and over they insisted that there was always someone worse off than they were, and they should be thankful. No income for 5 years and they are thankful? Really? I'm sure your mind thinks as mind did..."What's there to be thankful for?" Truth be told, many deepened their faith in God during that most horrible of times. 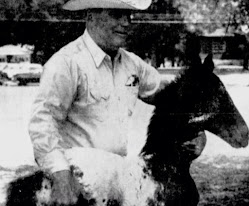 I know this because my grandparents, Fred and Charlotte Scott, were directly affected by the dust bowl. Although, it wasn't a direct result of their move to the east coast, they moved from Texas to South Carolina in the late 1930's. And, will you allow me to brag on Fred and Charlotte a little? They rarely complained about the "first world" problems we moan and groan about. You see, they always had faith that God would get them through whatever they faced.

These spiritual blessings listed above are just a few of all the promises God has given us throughout the Bible. So, when you go to give thanks tonight at the dinner table, pray for the food, then think of all that we have in Christ. After all it is "our Lord Jesus Christ, who has blessed us in Christ with every spiritual blessing in the heavens." (Ephesians 1:3 HCSB). 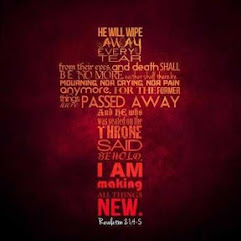 Choose this week to be thankful for that which matters most. That which is immutable. Our relationship with God and all the blessings that result. He has made all things new for each one of His children.

Coming Up at Oceanside Church

New Sermon Series begins this Week on Sunday Morning - 2012: the End of the World as We Know it. As people are thinking about the end of the world, ask them to be in church with you. Christians have the answers to the questions they are asking.

Adult Christmas party on Saturday night, December 8 at 7 p.m. Bring a gift that costs no more than $10. Dinner served. Come and enjoy the Christmas season together.

Have you tried the New Giving Kiosk? It's at the entryway of the church. It's simple to use, and you never have to worry as to whether you have your checkbook or cash ever again. Accepts all debit and credit cards.

Christmas Offering Begins This Week. We want to give to international missions as well as local ministry. Please pray about giving this Christmas. Give throughout the month of December.