Who Owns the Castle?

Tweet
Castles have been etched in our minds as places where the king and his family live. We watch the movies and read the books and get all caught up in the romance of it all. But, the king doesn't actually live in his castle; he lives in the palace. The steward is actually the keeper of the castle and lives there to take care of the castle until the king returns (For you Lord of the Rings fans, that what The Return of the King is all about).


The saying goes that a man's house is his castle. When you hear that, you might have visions of a burly man walking though his door to his doting wife who fawns over him as he plops in his chair and reaches for the cold ice tea that she places in his hand. Maybe it could be a scene from Leave It to Beaver or Father Knows Best. But, in order to understand fully what that means, we've got to go farther back than the 1950's. 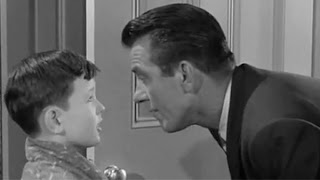 It actually all began in the time of Cicero about 100 years before Christ. He explained how important it was for a man to have security and privacy in his home; it was understood that the man represented the entire family who should expect the same. His exact quote was:

What more sacred, what more strongly guarded by every holy feeling, than a man's own home?

This was later taken to be a part of  law in western civilization as William Blackstone speaks to English law:


...the law of England has so particular and tender a regard to the immunity of a man's house, that it stiles it his castle, and will never suffer it to be violated with immunity.

Of course it didn't end there, our U.S. constitution gives us the same right in the Fourth Amendment:

The right of the people to be secure in their persons, houses, papers, and effects, against unreasonable searches and seizures, shall not be violated...

However, as followers of Christ, we are only the keepers of God's castle. We are not the owner. That is why we have but one right, and that is to yield all we have and all we are to our Lord, Jesus Christ, including our castle. He has the right to not only search us and all we have, but also seize whatever He needs. That's because He owns it all and it is His castle. So, the LORD Jesus should always have access to our stuff. He is the One for whom we are but stewards. He is the Owner, we are the managers. As the Psalmist declared:

As a young believer, I was confused with the purpose of the tithe. Somehow I thought that 10% was God's and 90% was mine. The truth is that the 10% is God's, and so is the 90%. It's all His. Everything I own, everything I am, and everything I ever will be are all His. The LORD not only owns the wealth in every mine, He also own the mine. He not only owns the cattle on a thousand hills, He owns every hill on every continent on this entire planet. God owns it all.

So, why do I tithe? Because God needs it? No, I think He could take it any time He wanted it if He really wanted to. Because the church needs it? No, that's not even right. The church needs our support in so many ways; our finances are only a part. Our church needs our talents, our gifts, our time, our support, and our help. So, what is the tithe for? It is our way of letting the Lord know that we acknowledge it all belongs to Him. It is not our holy duty; it is our gift of love for Him.

Thank you for demonstrating your love for your Lord.

OCAnnounce.info
Lots going on at Oceanside Church. Check out our announcement website

And, don't forget about our prayer chain. You can post on our Facebook page Facebook.com/OceansideChurch or on your Twitter using the hash mark #OCPrayer
Posted by P. Trey Rhodes at 2:21 PM